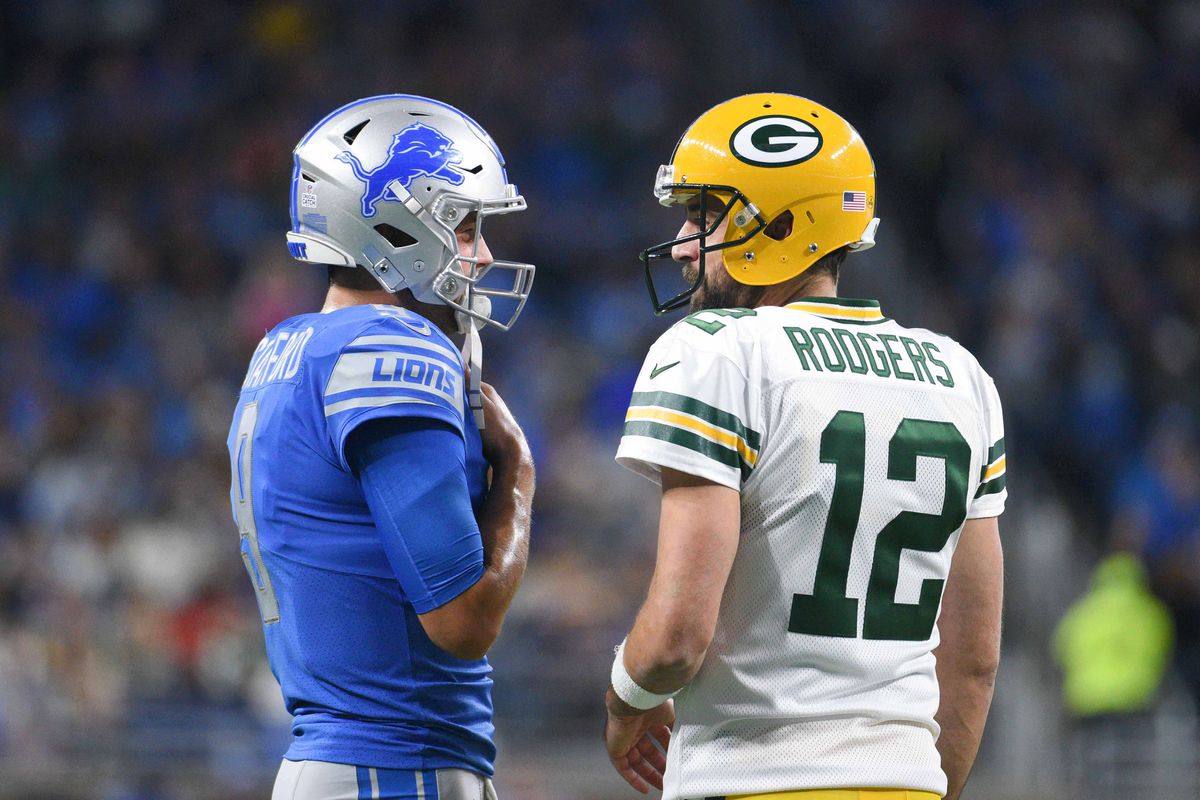 The second week of NFL action was filled with upsets, last minute victories and thrilling games. The Monday Night Football game will be another game that will catch the attention of the betting public. Not only is it the lone prime-time game, but it has many intriguing story lines. Our Lions vs Packers predictions cover Aaron Rodgers, the Lions explosive offense and a pick against the spread.

It is clear that the Packers are big favorites for a reason. They are the better team and they have owned the series between these two divisional rivals. Although the Packers had a poor showing in their season opener, the odds makers still feel comfortable making the Packers (-11.5) for this game.

The Lions lost the first game against the San Francisco 49ers, but the offense showed sparks that will build optimism in Motown. QB Jared Goff made mistakes early but recovered with a thrilling comeback that just fell short of victory. The Packers defense is beatable as evident by the torching they got from the Saints in the opener.

The Lions biggest problem will be on defense. The Lions lost the services of cornerback Jeffrey Okudah who is lost for the season with a ruptured Achilles tendon.That will give Rodgers and Co.the ability to make big plays on offense.

Everyone believes that the Packers will rebound.Rodgers is facing a passing defense that allowed 12.3 YPA and a 136.5 passer rating in the opener and was the first in football a season ago. The Packers have covered in eight of the last nine games after a loss. However, Dan Campbell has this team playing hard. While it’s not smart to bet on the Lions, it is smart to bet on the total.

The Packers offense will put up plenty of points and prime time games this year are on a perfect over streak. The over is 8-3 in the last 11 games for Detroit and that includes a 7-1 mark after a loss. The over is 35-17 in the Packers last 52 games in September, so look for another high scoring game tonight under the lights.

Bet on Monday Night Football with $1,000 of house money. This 100% bonus will double your first deposit and give you extra money for the NFL. As a bonus you can enter the $100,000 perfect parlay contest! Hurry though, the limited-time offer expires soon. Join now!