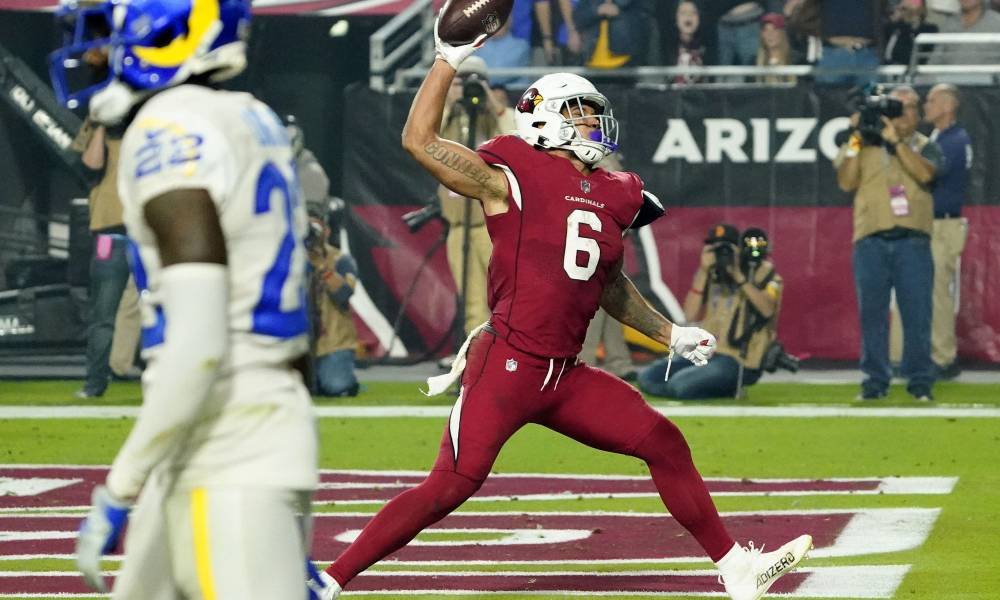 The Super Wildcard weekend is incredible and this year it will get even better with a Monday Night Football playoff game. The 49ers vs Cowboys was a very popular game, but it gets better on Monday. The Cardinals vs Rams wild card playoff game will cap off a great weekend of football and set the stage for the rest of the playoffs.

Build your own player props to bet on the biggest games of the week Monday Night Football!

This will be the third meeting between these divisional foes. The Rams and the Cardinals split the series and both road teams pulled off the victory. The Cardinals have played well on the road this year (8-1) but they ended the regular-season playing their worst football of the year. QB Kyler Murray can control a game and already beat the Rams on a strong outing, but this is the playoffs. Not to mention that Murray has not thrown more than two touchdowns in a game since Week 7 of the season.

These games usually end in a blowout. Sine 2017 every game between these two teams has been decided by seven or more points. This almost makes the 3.5 point-spread posted by sportsbooks irrelevant. It is worth noting that J.J Watt will be returning for this game and bolstering the defensive front of the Cardinals.

The Rams believe that they have the quarterback that can bring this team to the big game with Matthew Stafford. The Rams play a very clean game and are one of the least-penalized teams in the league. LA is also seventh in the league with a 43.9 percent conversion rate. They face a Cardinals team that wilts under the prime time lights with a 2-8 record since 2017 to include 0-3 this year.

It is tough to bet on Arizona as bad as they have played down the stretch. They are also 1-8-1 ATS in the last ten meetings with the Rams. Although Stafford does not have a good track record in the playoffs, this is the best team that he has played with. The Cardinals are inexperienced in big games and 1-4 ATS in the last five games overall. Since week 14 the Cardinals have had the 6th worst point differential in the league. Rams win, cover, and advance to the next round of the NFL Playoffs!