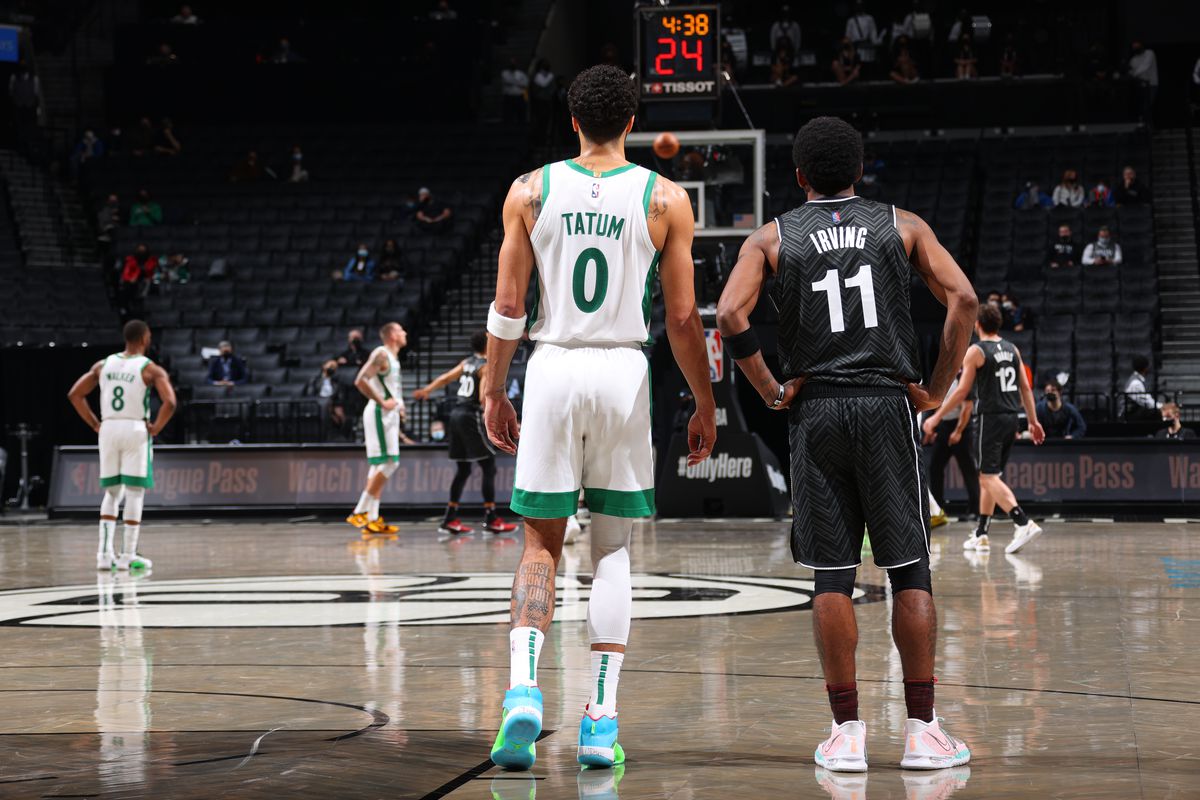 The series between the Brooklyn Nets and the Boston Celtics can be described as bland at best. The Nets have dominated the series and a short-handed Celtics team looks as though they have given up. The attention being paid to this series is minimal at best. All the attention is on the Knicks and the Lakers, but that is changing.  Because Kyrie Irving and Danny Ainge decided to make a mess of things.  The Nets vs Celtics Game 3 predictions are usually based on stats, trends, and the latest odds, but this game has a different feel to it.

Before we get into the circus that is the side story in this series, let’s look at the odds. The Nets opened up as a -7 point favorite and that line has slightly moved to -7.5. This is normal considering that over 60 percent of the bets are coming in on the Nets. So you may want to place your bets on this game right now before you get distracted by the stories below.

First, there was Kyrie

Kyrie was actually a beloved figure in Boston. The fans loved him and they were hoping he would resign (as he promised). Of course, he joined Kevin Durant and left for Brooklyn, so the fans were disappointed, but Kyrie did not stop there. When asked about his return to Boston he made it more than about the game of basketball.

⚡️ “Kyrie Irving’s comments on racism in Boston just upped the stakes for the Celtics” by @BostonGlobe https://t.co/X21D325W1B

This is a big story and it seems like that is exactly what Irving was hoping for. Why focus on the fact that he left Boston hanging and be a villain when he comes back? Instead, his comments can take the focus off what happened when he left and instead be on what may happen during the game. Genius.

“There are times when I think about having No. 11 hanging in the rafters hopefully one day,” he said at the time.

Yep, fans are still mad about it. https://t.co/Y4sbljJP0J

Then there was Danny Ainge

If you thought Irving made things murky, just wait for Danny Ainge. Ainge may have been trying to defend his team or the city or both, but he messed up.

Danny Ainge on @Toucherandrich on Kyrie Irving’s comments: “I think that we take those kind of things seriously. I never heard any of that, from any player that I’ve ever played with in my 26 years in Boston. I never heard that before from Kyrie and I talked to him quite a bit.”

If you have watched basketball for 20 minutes or 20 years, you know that this is not true. I am guessing Ainge will put out a statement clarifying his statements, but it won’t matter. The damage is done.

So what does this have to do with the game? The answer is nothing.

The controversy is a side story at best. The Nets are the much better team and it has shown in every game in the postseason. But, the Celtics are home and that has to count for something, this is why sportsbooks, like MyBookie, dropped the spread two points from the games in Brooklyn. But this game is different.

The Nets had some injury news and they are going to have to adjust entering game three without the services of Jeff Green.

Adjustments are normal in the NBA, but they still take a team out of sync. It also really hurts the Nets on the defensive side of the ball. This will be overlooked by the bettors who love offense and believe that James Harden, Durant, and Irving can fix anything. Not tonight.

This is a do-or-die game for the Celtics. They are 15-5-1 against the spread in the last 21 conference quarterfinal games and an incredible 20-8 ATS as a home underdog. The defensive weakness of the Nets without Green will allow Jayson Tatum to score and distribute the ball to facilitate scoring. The crowd and the energy will get the Celtics to play with the intensity that they have been missing for most of the season.