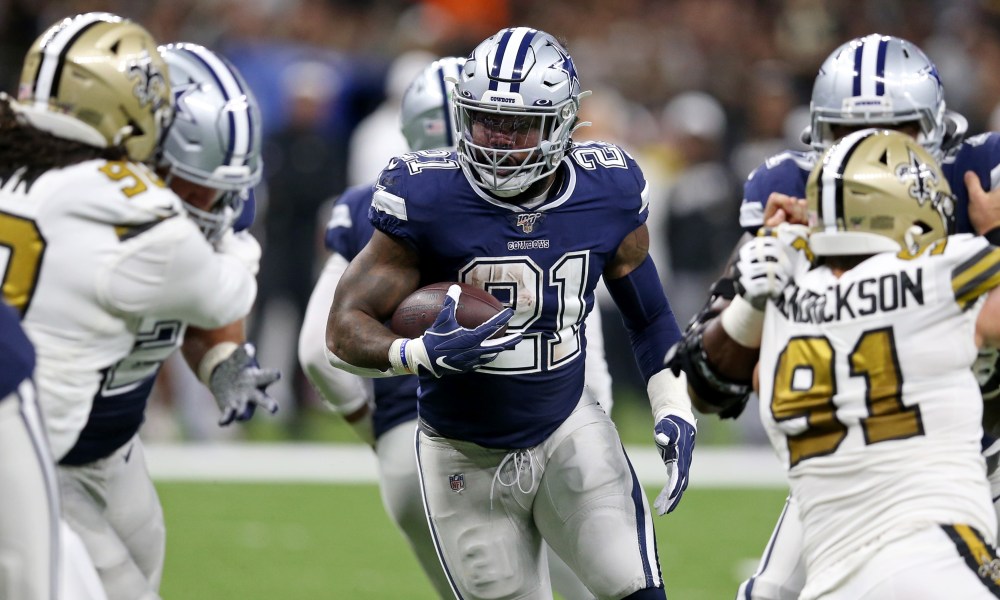 The Thursday night football schedule has a great game to kick off week 13. The Dallas Cowboys and New Orleans Saints are two very good teams that are in desperate need of a victory. COVID, injuries, and bad luck have slowed down these two successful franchises. But on Thursday night one team will get back into the win column and back in the hunt for the playoffs. There is a lot to digest before making Cowboys vs Saints Predictions for Thursday Night.

Bet on this game at America’s Favorite Sportsbook and get a 200% Bonus up to $2500 for GameDay! Get your bonus -HERE-

Each team will be waiting to hear the news this week about who will be in the lineup and who will be out. The Cowboys know that they will be without head coach Mike McCarthy who will miss the game due to COVID. However, Dallas hopes to have WR Amari Cooper and Demarcus Lawrence back on the field, bolstering both sides of the field. Cooper will most likely be a game-time decision.

The Saints have a list of players to keep an eye on this week as well. According to the latest injury report, things are looking up for New Orleans. Running backs Alvin Kamara and Mark Ingram have returned to practice. All signs point to Taysom Hill taking over at Quarterback. This is a good portion of the offense that will only compliment the 12th ranked defense that the Saints bring to this game.

This is not an elimination game, but it is as close as it gets. Dak Prescott is one of the best quarterbacks in the league and will be happy to see some weapons back in the lineup. Prescott is eighth in the NFL in passing yards and he will face a Saints defense that was carved up Thanksgiving by Josh Allen. The Cowboys have played better away from home of late cashing in on the last four of five games against the spread (ATS).

With Hill in the lineup, this is a much different Saints team. In four games last season he averaged over 50 yards per game. This will be an adjustment for a Cowboys team that will be lacking coaching and adjustments. The underdog is 9-2 ATS in the last 11 meetings and the home teams have covered five straight.

Sean Payton lives for these moments. The Saints are at home, on prime-time against America’s team. The Saints play a defensive, grind-it-out type of game and they keep Dak off the field.