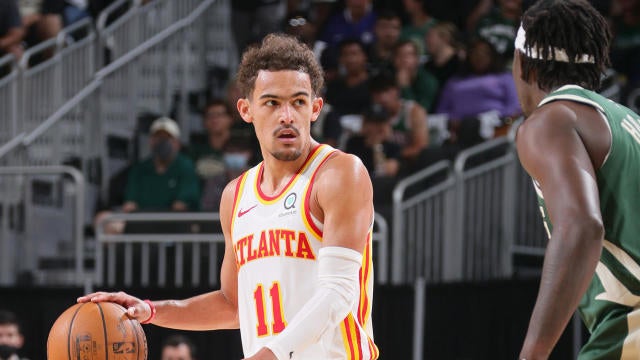 Bucks vs Hawks Game 4 Predictions and Pick Against the Spread

The Milwaukee Bucks are in the driver’s seat in the series against the Atlanta Hawks. Not only do they have a 2-1 series lead, but the Hawks have injury issues with Trae Young, the unquestioned leader of this team. The Hawks vs Bucks Game 4 predictions cannot be made without knowing the status of Young heading into game four.

What’s Up With Trae Young?

All eyes are on Trae Young and the injury that he suffered in game three when he stepped on a referee.

It is official that Trae Young will not play in game four tonight.

Young will continue to rehab with hopes of a Game 5 return, sources tell ESPN. https://t.co/mD41pjZHnh

The sportsbooks made the Bucks a -6 point favorite, but that number is moving. MyBookie has the Bucks at -7 right now and there is no doubt it is because Young is hurt. But it is worth noting that the Hawks are 20-7 against the spread (ATS) in the last 27 home games. They have also won 11 of 16 ATS in the last 16 games overall. It is hard to bet against the Hawks, but injuries are important.

The Bucks are advancing in this series. If they want this to happen, they need to win this game. Young is limping into this game and that gives an edge to the Bucks. I know the Hawks are at home, but Khris Middleton is finding his groove and he works so well with Giannis right now that this team will be impossible to stop. The Bucks have found a new gear and have cashed in four of the last five games against the spread.