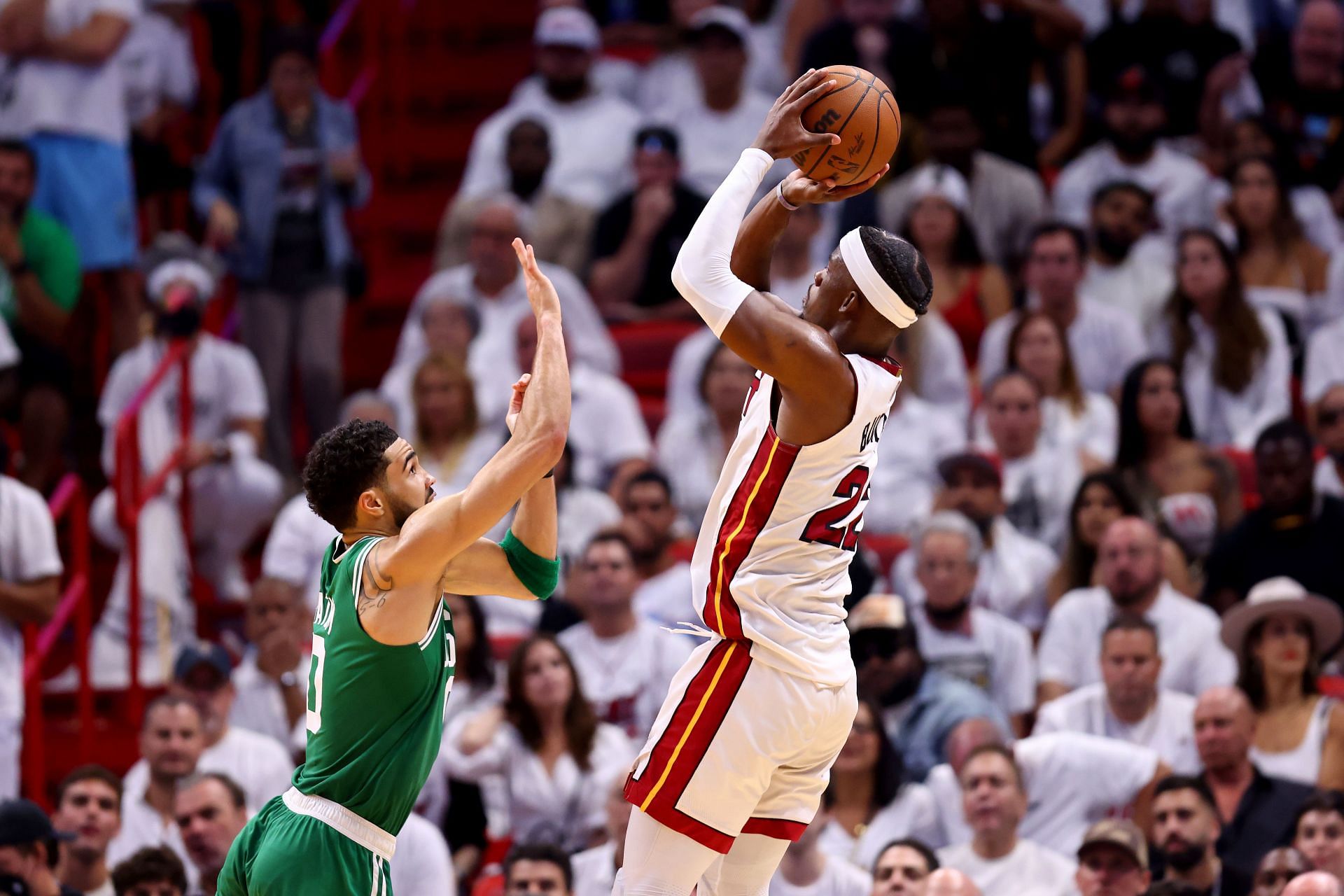 The Eastern Conference finals are a back-and-forth tightly contested series that has a different storyline unfolding on a nightly basis. The Boston Celtics and the Miami heat have had to deal with injuries and big deficits. The Celtics vs Heat Game 5 prediction will be based on a myriad of factors that may not be clear until minutes before tip-off.

The Celtics are a road favorite (-1.5) in Game 5, which is rare considering how well the Heat has played at home in the postseason. However, the Celtics have won in Miami and when healthy they are the better team. The over/under in Game 5 is 204, which moved up .5 points from the opener of 203.5. However, before any bets can be made, the injuries have to be considered.

Bet on NBA playoffs at SportsBettingOnline.ag and get a triple bonus! Join now and get a 10% sign-up bonus, 10% reload bonus and 10% Cashback with NO rollover! Sign up today!

Rumors of Heat players with COVID

Don’t believe the hype. Earlier today it was rumored that two players for the Heat did not travel back to South Beach due to COVID symptoms. Those rumors bubbled over and spread to naming players like Jimmy Butler. Everything you read on the internet is NOT true.

For those who insist on living on Twitter rumors (and blowing up my phone). NO Heat players did not return with the team due to COVID. Two STAFFERS did not return: a broadcaster and a therapist. Team otherwise would have HAD to list on injury report if that was case with players.

Ira covers the Heat and is a very credible source. It did not stop the point-spread moving as certain sportsbooks have the Celtics as high as -3.

Like most playoff games in the NBA, the coaches usually wait until closer to game time to reveal who will be playing.  Heat coach Erik Spoelstra took a different approach before Game 4 announcing that Tyler Herro would miss the game. Tonight, however, Herro is listed as questionable and Jimmy Butler is completely removed from the injury report. However, reports indicate that Herro has an injury that usually requires an absence of two to four weeks. Miami Is not the only team hurting.

The Celtics have two players to keep an eye on. Marcus Smart and Robert Williams are both battling injuries and are key cogs to the Boston defense. Smart is listed as questionable with a midfoot sprain. His backup Derrick White is also dealing with a sore hamstring. Williams is also questionable for tonight’s game and he is dealing with stiffness in his knee. It is clear that the official announcement on all players will be made just before game time.

With all of the injuries, it is difficult to make a prediction on this game; however, there is always an edge if you look close enough. The Heat had a legendary scoring drought in Game 4. They shot 33% from the floor and had just one point in the first eight minutes of the game. The starters combined for 18 points, the lowest by a starting five in fifty years!

The Celtics won, but they also struggled to shoot the ball. They only converted 8 of 34 3-point shots and managed 39 percent shooting from the floor. The play to make on tonight’s game is the over/under.

Both teams are going to shoot better and both teams convert from the free-throw line. The over is 8-2-1 when the Celtics are a road favorite and 10-3 in the last 13 games when the Celtics face off against an opponent with a winning record. The over is 21-8 in Heat’s last 29 Conference Finals games and has also hit in 10 of the last 14 games between these two teams. Expect a high-scoring affair tonight in Game 5.