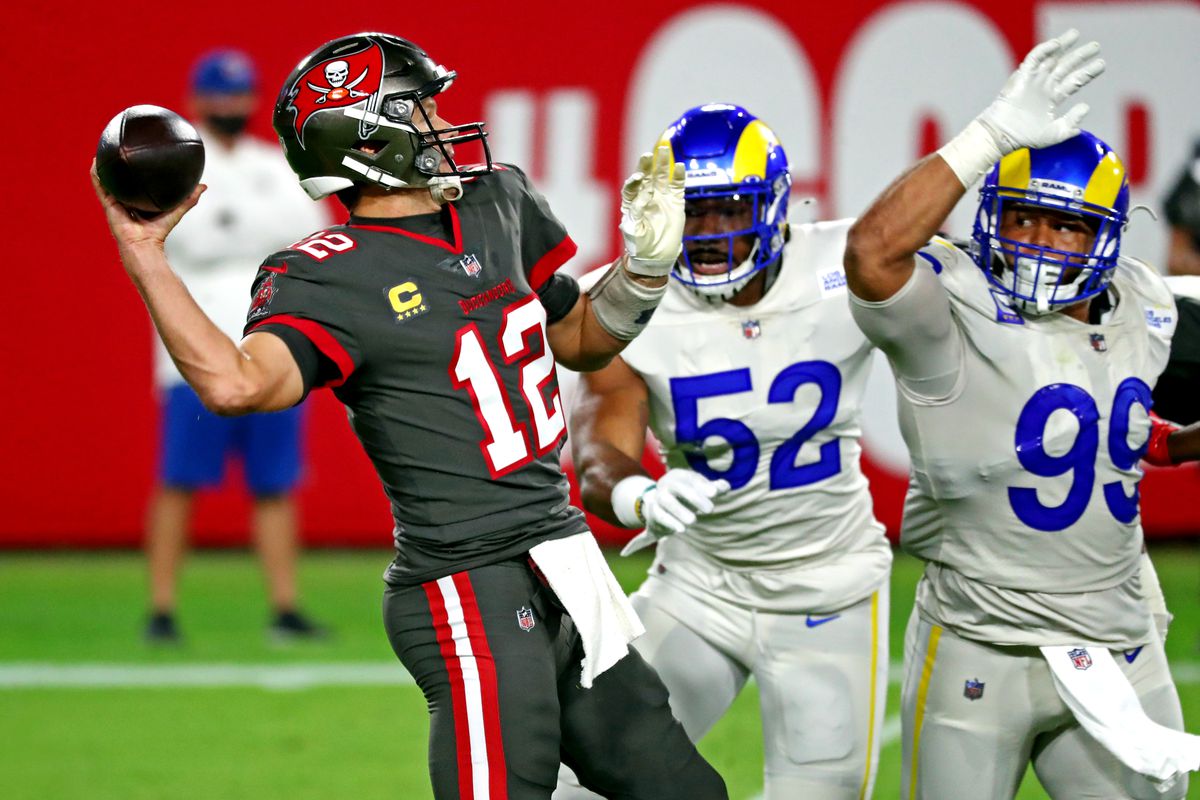 2022 NFL Divisional Playoff: How to Bet Rams vs Buccaneers

Tom Brady is at it again. He is once again in the spotlight in the NFL divisional round of the playoffs. The NFL schedule is chock full of incredible matchups like the Chiefs vs Bills and the 49ers vs Packers, but Brady is always the center of attention.  It is not any different this weekend when the banged-up Buccaneers face the Rams in a game that may just produce the NFC representative in the Super Bowl.

Bets are not on the Bucs

The Buccaneers are defending champions, so you may expect that the public is betting on a repeat but guess again. Only 40 percent of the money coming in on this game is on Tamp Bay. Sure the Bucs are 7-1 against the spread (ATS) in the last eight games at home, but the injuries are scaring people off of betting on the Buccaneers. Brady loves to prove people wrong, but he will have to do it behind a banged-up offensive line. And did we mention that yet again the Bucs are dealing with controversy?

Rams QB Matthew Stafford has yet to have serious playoff success. Yet after winning his first game against the Cardinals, he is poised to make it to the NFC Championship game. He hurt his toe in the game against Arizona, but he will be good to go in this game. But we all know the Rams are all about running the ball and defense.  Don’t worry about the hostile environment because the Rams are 7-3 ATS as a road underdog.

Brady may be the best quarterback to ever play the game, but not this year. He lost all his skill players and he has no protection. He will literally have to carry this team on his back. The Rams are ready and have a healthy Cam Akers in the backfield ready to run the rock. This will take pressure off Stafford and allow the Rams defense to control the temp of the game. This will put Brady under pressure and the will be all that the Rams need to win and advance.