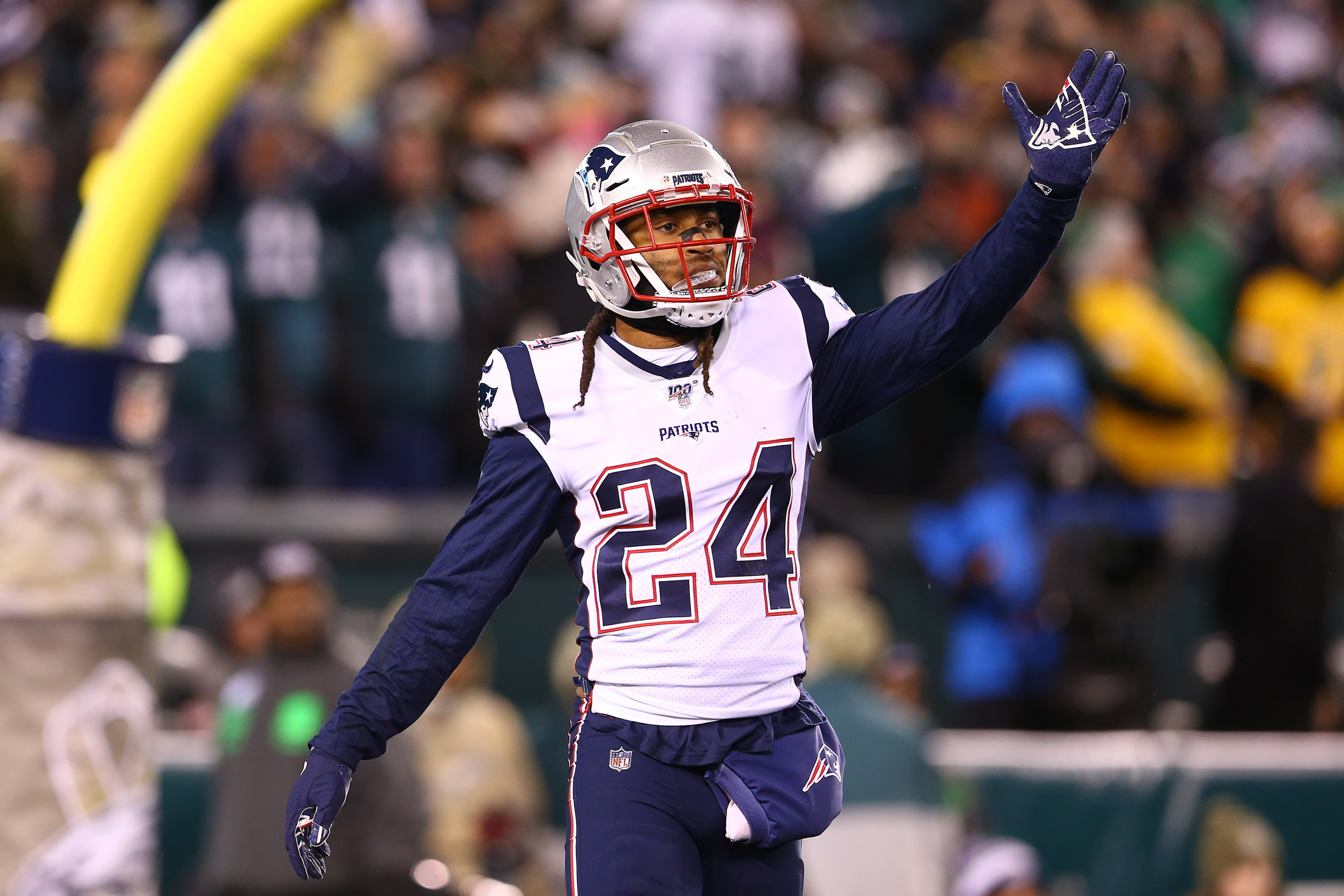 Patriots Stephon Gilmore Odds, Rumors and the Team to Watch

The New England Patriots have a problem. They have Stephon Gilmore, who is arguably one of the best defenders in the National Football League, but it’s time for him to move on. Gilmore has a difficult contract and he wants an extension. The Patriots know that if they are going to trade him, know is the time. Unfortunately, for Patriot fans, the team had to part ways with Gilmore. According to the odds, there is one team that is the favorite to sign him.

Here is a timeline of what got us to this point in the Gilmore saga.

It’s official,. Gilmore is now a member of the Carolina Panthers. The news broke today as the Panthers add another big name on defense.

First-round pick Jaycee Horn is on IR and due back later this season. https://t.co/4EO5kvU8um

In stunning news, the Patriots and Gilmore are parting ways. The updated odds on where he will play next may just surprise you.

A stunner: Patriots are releasing four-time Pro Bowl cornerback Stephon Gilmore, who was eligible to come off the Physically Unable to Perform List after Week 6, source tells ESPN. pic.twitter.com/31H8KQF8hq

Where does Gilmore Go?

When healthy Gilmore is one of the best players in the league. Many teams will be pushing to sign the superstar. Several teams like the Saints, Packers and Seahawks are on the odds list. But our prediction will be they he heads out West and signs with the LA Rams. This will make the Rams the best defensive team in the league and a favorite to win the Super Bowl.

Older news and the timeline for Gilmore and the Patriots (below)

All Signs Point to Gilmore Staying with the Patriots

The latest news on NFL superstars Aaron Rodgers and Deshaun Watson suggests that they may be playing elsewhere next season, there is one star that looks like he is staying with his team. All signs point to Stephon Gilmore staying with the New England Patriots.

Sportsbooks Are Betting on it

The latest odds from BetUS have the Patriots as BIG FAVORITES to get Gilmore. Some other sportsbooks, like MyBookie, have removed all odds on Gilmore. *Get a 125% bonus, when you sign up today!*

The latest NFL reports suggest that Gilmore is going to sign with the Patriots and it will be as early as this week.

Mike Reiss – Cornerback Stephon Gilmore didn’t report to mandatory minicamp, and while some holdouts can become acrimonious, my sense on Gilmore’s mindset is different. He seems to enjoy being a Patriot, is open to sticking around, and this was his least-expensive-but-most-decisive way of sparking more productive contract talks with the team, so he can feel better about being part of New England’s present and future.

As @MikeReiss noted in his notes, Stephon Gilmore’s minicamp absence doesn’t have to be acrimonious.

Plus, Patriots haven’t made moves to replace Gilmore (want to go into Wk 4 against Brady without him?). Contract talks later this summer could be productive.

And in what has become a time-honored tradition in Boston, we have a player sighting report.

While this technically confirms nothing, all signs point to Gilmore staying with New England.

Cutting Out on Camp

The Patriots and Gilmore are miles apart on a contract extension. The first line that was drawn in the sand happened today. Gilmore did not show up for the mandatory minicamp.

The Stephon Gilmore holdout feels like it has officially started. https://t.co/L8R3sneOB1

But there are many that believe Gilmore deserves to be paid and he should be part of this team if they want to win another championship.

Here’s why the Patriots should pay cornerback Stephon Gilmore https://t.co/p6tUBuDAZz

If you want clarity on this situation all you have to do is ask Patriots head coach Bill Belichick.

“I don’t expect him to be here. We’ll focus on the guys who are here.” #Patriots

He should really teach a master class on how to avoid answering any question because he is awesome at it.

If the Patriots do trade Gilmore, where will he end up? It depends on what you read and where you look. According to the odds at MyBookie, these teams are the favorites to land Gilmore in a trade.

Get a $1000 bonus to bet on what team will trade for Gilmore.

The Titans swallowed a lot of cash to get Julio Jones, so it is clear they are all in this season. Opening up the doors for Gilmore makes sense. They have the offense but need to bolster the defense.

The money will be an issue. However, the Cowboys need defense and this will drastically improve a secondary that is one of the worst units in the league. It may seem like a long shot, but if anyone can get this deal done it is Jerry Jones.

Jalen Ramsey made it very clear that he is a very big fan of Gilmore. Ramsey took to social media to recruit Gilmore to LA with the hopes of getting another ring.

@mookiebetts got traded from Boston to LA & won a ring! That was nice. What you think @BumpNrunGilm0re

The Rams are not afraid to give away picks to get a player, but this may be a difficult fit. The Patriots have a $16.2 million dollar cap hit, so this move is more about money than anything else. This is a perfect fit, but unlikely.

The Seattle Seahawks want Gilmore and he is surely a difference-maker. The team already proved that they will overpay for secondary help and Gilmore is an upgrade for a team that has secondary issues. Alongside Jamal Adams and Quandre Diggs, Gilmore will make Seattle the best [ass defense in the league. This is needed in a division that features the Rams. Seattle is a perfect location to rent Gilmore for a year and give up a 2nd or 3rd round draft pick.

Gilmore is not going to stay on the Patriots. He is holding out for an extension and that is not something that the Patriots will give him. Now it is all about finding the right team to take on the money or offer up the picks.

That team is Seattle

After rumors of Russell Wilson being unhappy, the Seahawks showed that they want to please their best player. The prediction is that Seattle will get Gilmore on a one-year rental deal in exchange for a 2nd round pick in the future. Anything can happen and the Patriots will search for the best deal. However, Seattle is a perfect place for Gilmore.