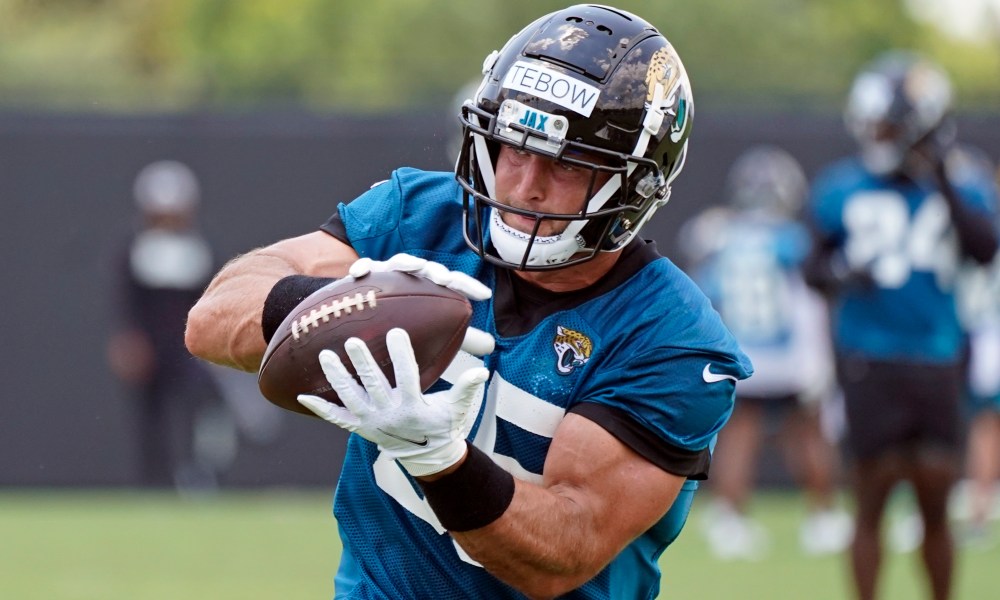 All moves and signings in the NFL are criticized. However, there is one move that has been scrutinized more than any other move this year. It is the signing of Tim Tebow to play tight end with the Jacksonville Jaguars. Fans went berserk, players were outraged and everyone was second-guessing the move by Jags head coach Urban Meyer. The move garnered so much attention that the sportsbooks instantly posted Tim Tebow prop bets for fans to bet on (or against).

Genius Move by the Jaguars

Before jumping into the prop bets, we have to chime in with our thoughts on the Tebow signing. Although universally this move is hated, I think this is a genius move by Meyer and the Jaguars. The team and the league immediately saw the profits from the signing. Tebow’s jersey sales exploded on day one and sold more than Tom Brady and Aaron Rodgers. He will stay in the top ten if he makes the final roster.

Perhaps more importantly, the Jaguars are being talked about by fans and the media. This is a good thing for a team that rarely receives any press.

Now let’s get to the good stuff, on to the prop bets and picks.

An important tidbit to know is that if Tebow does not start the year on the Jaguars roster, all bets will be canceled and refunded.

This is a good way to hedge the rule listed above. If you bet that he doesn’t make the team and he does, you will have active prop bets to offset the loss. However, we have to offer up a pick.

Tebow works hard and Meyer loves him, that alone is a good enough reason for him to make the roster. He is good for business for the team and is considered a good leader. Although the odds say he will not make the team, there is every reason for the Jags to keep him on the roster.

Tebow Total Receptions over or under 8.5

This is a tough one. Although Tebow is listed as a tight end, there is speculation on his role with the team. Some say, quarterback, some say tight end and some say H-back. This also is dependent on how much Meyer utilizes the passing game With Trevor Lawrence. With so many variables, we will go under total receptions.

Tebow Total Touchdown Receptions over or under 1.5

This prop bet is somewhat similar to the receptions prop. If Tebow catches less than 8.5 passes all season, it is hard to imagine that he will score through the air. Opposing defenders will be watching Tebow closely because they do not want to be the team that allows Tebow to score. Tebow might throw a touchdown, but he will not catch one.

Tebow Total Rushing Touchdowns Over or Under ½

This prop bet is getting heavy action. The over is a big favorite at -260 for good reason. It is reported that Tebow will be used in a similar fashion that the New Orleans Saints use Taysom Hill.

“There are those in the league who think Urban Meyer is bringing Tebow in to play QB at that Taysom Hill role. Using him in that wildcat as we’ve seen him use in the past.”@diannaESPN

If this is true, Tebow will easily be a player that will distract defenses and give multiple looks. This includes runs at the goal line. Look for Tebow to get a rushing touchdown this season for the Jaguars.