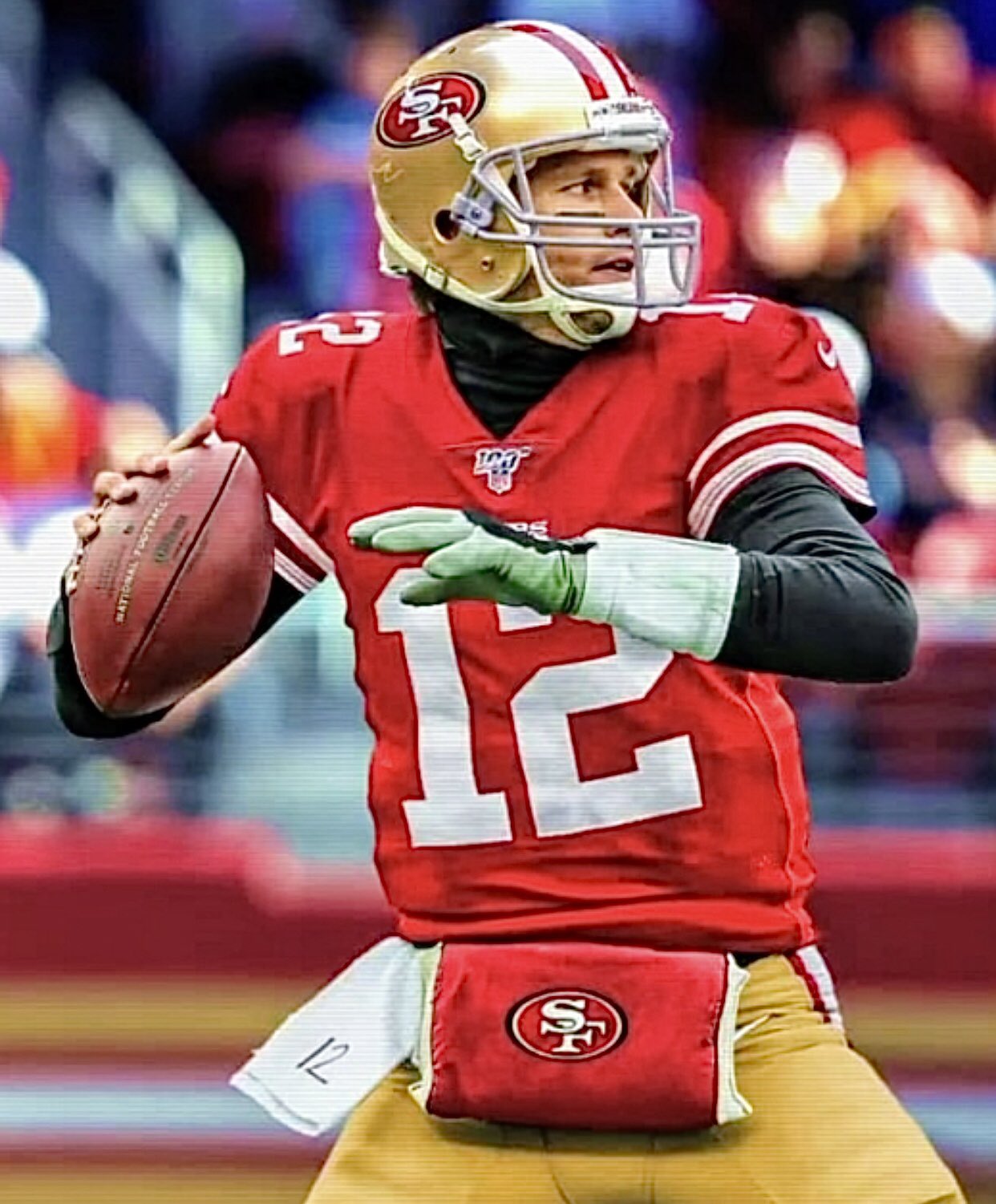 Will Tom Brady Play for the 49ers?

Tom Brady is the best quarterback to ever play in the NFL that is not debatable. However, since he retired, questions are surrounding the future Hall of Famer. Will he stay retired? If he does unretire, where will he play? Will he go to television? We decided to break down the latest questions and offer up answers when it comes to the future of Tom Brady.

Ever since Brady retired everyone offered up opinions on if this was the end of the road for the superstar. Many have chimed in on Brady’s future to include former teammates. Tight End Rob Gronkowski believes that Brady will return to play, but it’s not that easy. Even if Gronk is right and Brady does return, he is still under contract with the Tamp Bay Buccaneers.

Last I checked, TB12 is under contract with the Bucs…He ain’t going nowhere…

While that is true, the Bucs can still trade the rights to Brady. Although that may happen, for now, the speculation on where Brady will play is all over the place.

What do the Tom Brady Odds Say?

The odds on Tom Brady are different depending on where you look. At many sportsbooks, the odds are that Brady will remain retired. However, there is one place that is offering odds on other quarterbacks. This is interesting because the Buccaneers are considered favorites to go after Aaron Rodgers, Russell Wilson, and DeShaun Watson. This is assurance that the Bucs are moving on from Brady, so they may be willing to trade those rights.

Brady to the 49ers Rumors Are Heating Up

If the story was not juicy enough already, now the 49ers have become prime candidates to go after Brady.

It makes sense on multiple fronts. Brady is from that area and the 49ers are in the market for a quarterback. San Francisco has Trey Lance, but he can benefit from learning from the game’s greatest quarterback for a year. This rumor is sticking around as everyone is talking about it.

Tom Brady is gonna play this season with the 49ers.

San Francisco has multiple pieces that they can trade to make this happen. It is clear that they are parting ways with quarterback Jimmy Garoppolo and the management is aggressive in getting back to the Super Bowl. That makes this rumor very enticing. The 49ers are very close to a Super Bowl championship, but the odds suggest that he will stay on the sidelines, at least for now. But you never know.