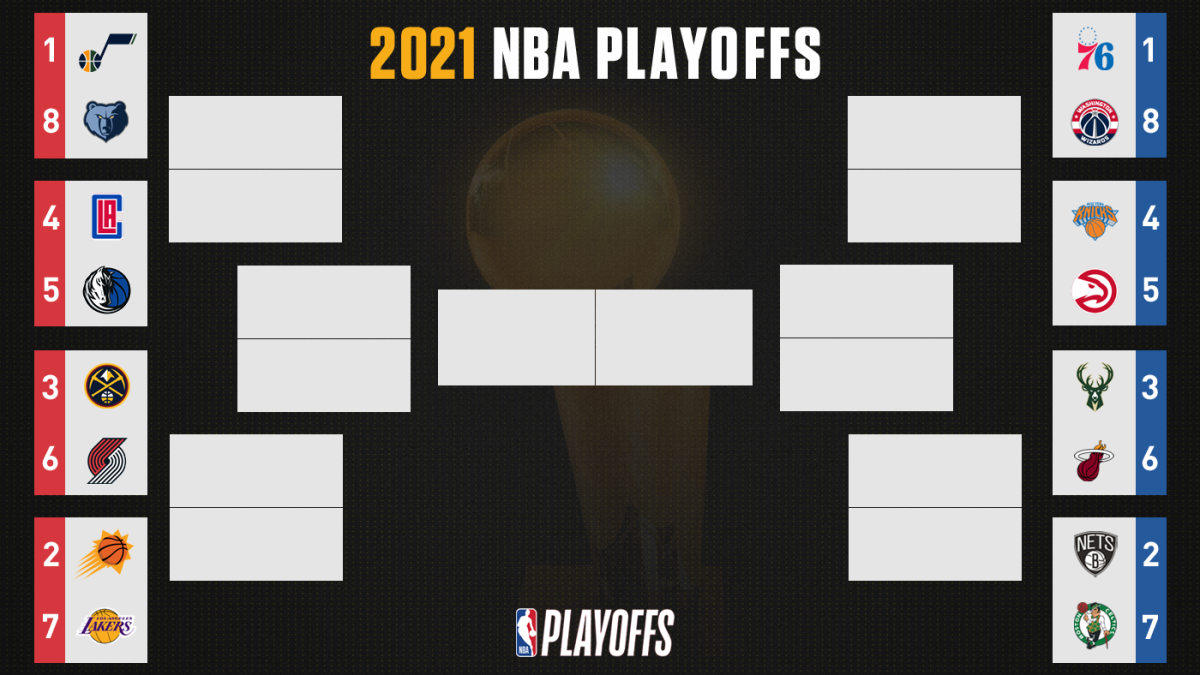 Last year we enjoyed breaking down the NBA playoff brackets so much, we decided that we were going to do it again this year. The difference is, we waited for the play-in games to be complete so we will focus on the completed bracket pictured above. It is time to jump right in and behind breaking down the 2021 NBA Playoff predictions.

Are you betting on the NBA playoffs? If you don’t know how to bet on the NBA, we have you covered. If you need an online sports betting site that is a great place to bet on hoops, we got that too.

This sportsbook is rated No. 1 on our list of the best sportsbooks. To celebrate the tip-off of the NBA they have an incredible reward for all players.

Sign up here and get a $1000 bonus and make your picks in the NBA! Start betting today!

Last year we correctly predicted that the LA Lakers would win the west and they are once again favorites to advance to the NBA Finals.

It’s clear that the Lakers will have their hands full with the Phoenix Suns and that was very clear in game one. But don’t fret, the Lakers are a bigger team will play physical. This will wear down the Suns and they will advance.

The Blazers will let the Nuggets make this a series too, but Portland moves on. Even though both the Clippers and Jazz have issues that will rear their ugly head in the opening round, both teams will advance.

The Blazers will need to play defense if they have any hopes of beating LeBron James and the Lakers. Unfortunately for Portland fans, they don’t play any defense. The Lakers may lose one game in Portland, but they are going to advance.

The Utah Jazz are very disciplined and they are very deserving of the No. 1 seed, but the Clippers are going to advance in this series. Paul George and the Clippers have some issues with consistency, but the NBA wants LA vs LA in the Finals and that is exactly what they will get.

LeBron vs Kawhi will be the story to watch in the Finals. The difference is that the Clippers are healthy. The Lakers will come in battered and bruised. The Clippers will get revenge,  George will finally get his playoff redemption and the Clippers will advance in 6 games to the NBA Finals. Clippers win the western conference.

Finally for the first time decades, the East is better than the West. However, this can make it difficult to pick winners with so many tightly contested match ups.

The Brooklyn Nets will be the team to watch for good reason. They are focused and it will show in the first round as they sweep the short-handed Boston Celtics out of the first round.

The 76ers will be equally impressive in the first round of the playoffs as they only lose one game as they usher Russell Westbrook and the Washington Wizards out of the playoffs.

Down to the Wire

The other two series will be very close. The Knicks will need all seven games if they want to take down the pesky Hawks. These teams are very similar and with two very god coaches, this will be a chess match that will go down to the wire. Knicks advance because the NBA needs them too.

The first game between Milwaukee and Miami went to overtime and this is what this series is going to be all about. However, this is a different Bucks team and they will win and advance.

This second round will be fun to watch. Four really good teams will face off. The Sixers will drop a game in MSG, but they will advance and await the winner of the Nets vs Bucks, which will be the best series of the playoffs. The Bucks are no pushover and this team will not be intimidated to do battle with Kevin Durant and the rest of the Nets.

This will go deep and a seven game series will not be surprising. However, when the dust has settled, the Nets will advance to the conference finals.

The Sixers and the Nets will be a match-up to watch. Ben Simmons is an elite defender that will be able to guard Kyrie Irving on the perimeter. Joel Embiid provides the size down low that the Nets do not have. This will allow the Sixers to make this a series. Trust the process, the Sixers beat the Nets and advance to the NBA Finals.

The Sixers vs Clippers is not Lakers vs Nets, but it will still be an incredible match up with plenty of big names. The major difference in this series will be Kawhi Leonard. He has been on this stage multiple times and always delivers. He will do it once again as he snags the MVP and the championship.

Are you ready to bet on the NBA Playoffs? Pick a winner!

Here are the odds to Win NBA Championship