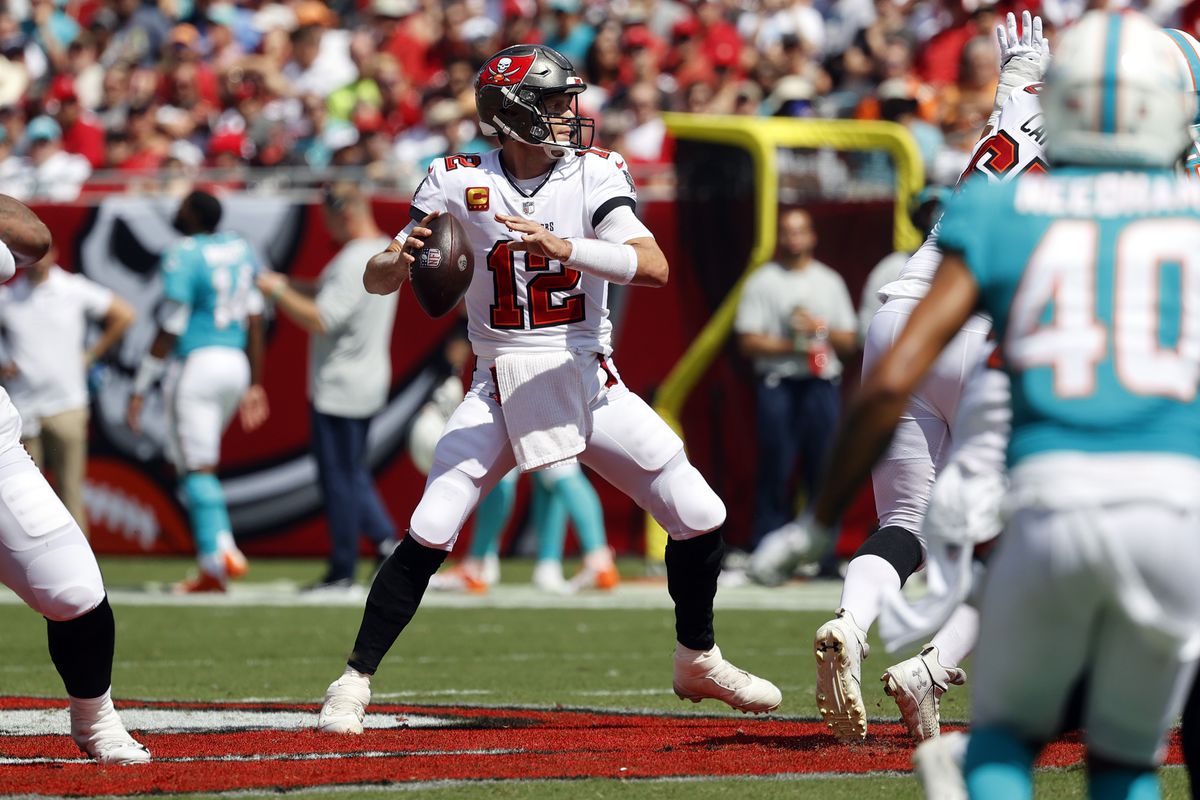 Tom Brady is having an incredible season. After winning a Super Bowl, it is clear that Brady is willing to carry the Buccaneers on his shoulders. This week the Bucs hit the road and head to Philadelphia to play against the Eagles on Thursday night football. They will be a very popular pick for Week 6, especially survivor pools. Jalen Hurts led the Eagles to an upset victory against the Panthers a week ago, but they are still underdogs in this prime-time matchup. Before you make the 2021 Buccaneers vs Eagles Week 6 pick, do your research.

Bet on Thursday Night Football With This Big Bonus

Although they are playing on the road and it is a short week, the Buccaneers are still big favorites. The op-rated sportsbooks opened this game up with the Buccaneers (-6.5) and that number quickly jumped to (-7) with over 70 percent of the early money on Tampa Bay. The Buccaneers are 5-1 against the spread in the last six games and Brady is playing like the MVP candidate that he is. However, there is more to this game than meets the eye.

Tom Brady has a thumb injury, but that won’t stop him from playing. He has had worst injuries in the past but the only difference now is that we actually get to hear about them. However, people that bet on this game will only pay attention to the fact that Brady passed for 400-plus yards and five touchdowns for the first time in his career.

There is bad news out of Philadelphia as Dallas Goedert has tested positive for COVID-19. He needs two positive tests if he is going to play on Thursday. This is highly unlikely with a Thursday night game.

From NFL Now on @nflnetwork: The #Eagles are expected to be without TE Dallas Goedert Thursday vs. the #Buccaneers. When he comes back, figure he’ll see the ball more often than he has early on this season. pic.twitter.com/q4ZcYbOfMR

Luckily the Eagles have more targets on offense and they have a very capable tight end replacement in Zach Ertz.

Say what you will about the Eagles, this team has serious grit. They looked awful in the first half against the Panthers. Yet they stayed the course, learned from their early mistakes, and win the game. Jalen Hurts struggled early but did not stop and ultimately won the game in the fourth quarter.

The Eagle’s defense deserves more credit than they get. They created three interceptions and became the second team to have four players with six or more pressures since 2018. A defense that can put pressure on Brady can keep this game close.

The Buccaneers have historically had trouble covering on Thursday night football with a 1-7 ATS record. When you are the champion, everyone is aiming to dethrone the champions. On a short week, the Bucs will have to be better and this is the truth: Philadelphia has the better defense against the pass.

The Eagles have covered 5 of the last 6 Thursday night games and they 4-0 ATS in the four games at home. The rowdy Philly crowd will lead the Eagles to an upset victory on Thursday night. (But take the points)