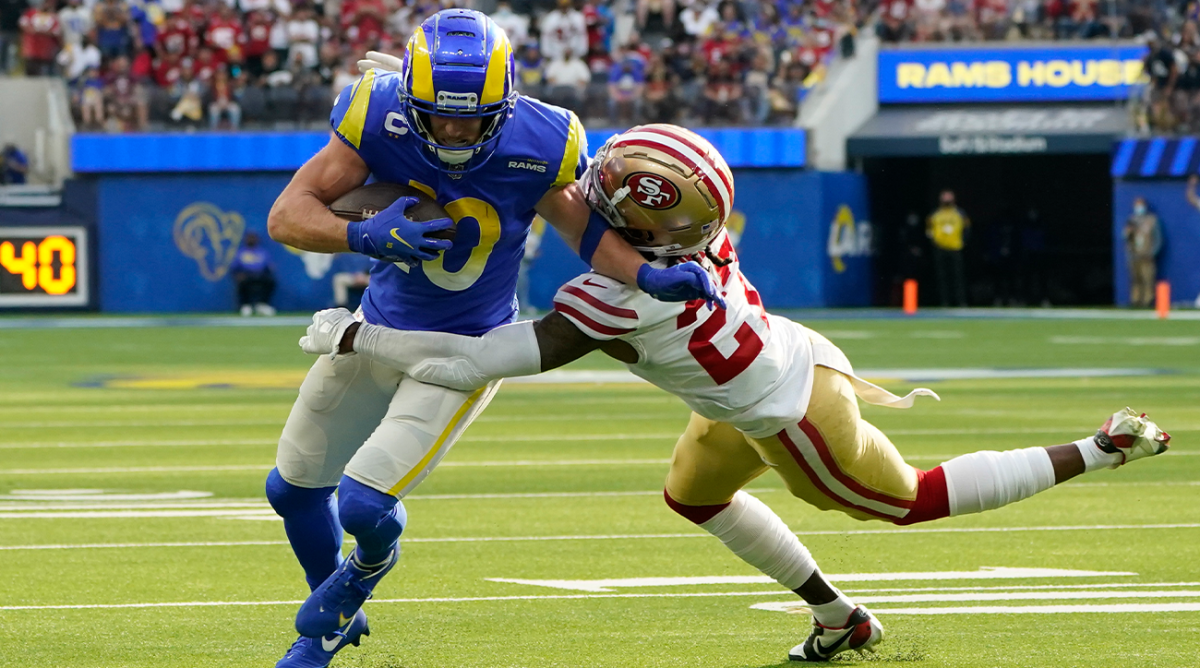 2022 NFC Championship Pick Against the Spread: 49ers vs Rams Predictions

By the time the San Francisco 49ers and the LA Rams kick-off they will already know who will be playing in the Super Bowl from the AFC. Yet making a 2022 NFC Championship pick against the spread will not be easy based on the history of this rivalry. In fact, that’s all you are going to hear about.  The winner of this game will face the winner of the AFC Championship game between the Cincinnati Bengals and the Kansas City Chiefs.

The 49ers literally own the Rams. They have won six straight games and they have covered five of those games against the spread (ATS). That can only mean that 49ers coach Kyle Shanahan knows exactly what to do when he plays this team. From in-game adjustments to overall game planning, the 49ers historically have had the edge. However, the Rams are -3.5 favorites in the championship game.

In the last meeting against the 49ers, the Rams blew a lead, but they are a different team. Matthew Stafford is playing with confidence, especially after the big play against the Buccaneers to seal the victory. Odell Beckham Jr. has a touchdown in six of the ten games that he has played with the team. Not to mention that Von Miller is again in rare form for the Rams recording a sack in six-straight games.

2022 NFC Championship Pick Against the Spread

The 49ers are 9-2 ATS in its last 11 games with four straight covers, but that ends here. The 49ers defense is limping into this game and the Rams are playing incredible football. All the focus is on how well the 49ers have played against the Rams in the past. Don’t be fooled, the Rams win and cover on the way to the Super Bowl!

[BET THIS GAME NOW AND GET AN INSTANT BONUS! ]