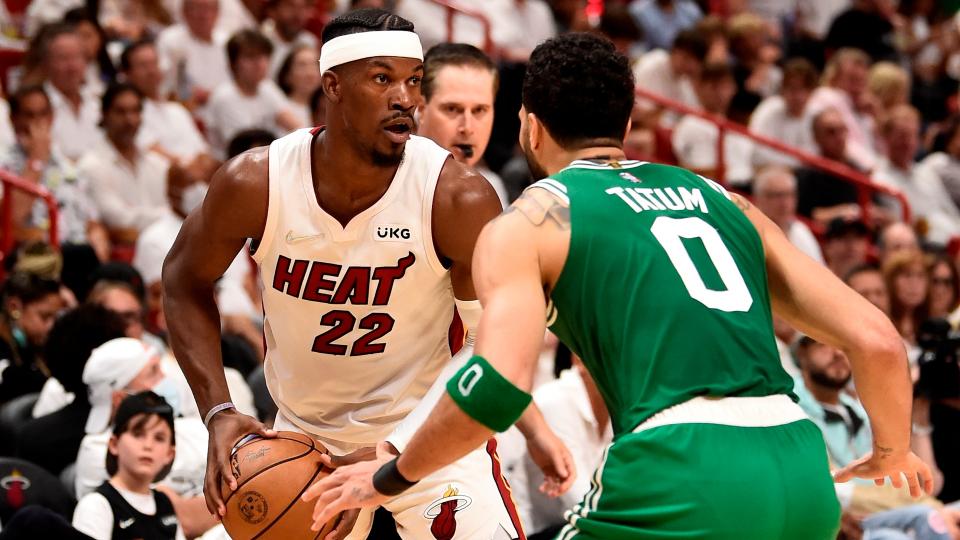 The Golden State Warriors hold a 2-0 edge over the Dallas Mavericks in the Western Conference Finals. However, the Eastern Conference Finals are much more competitive. The Boston Celtics rallied from a 0-1 hole to tie up the series with the Miami Heat at 1-1. Now it’s time to make a Heat vs Celtics Game 3 prediction as the series heads back to Boston.

Bet on Heat-Celtics Game 2 at SportsBettingOnline.ag and get a triple bonus! Join now and get a 10% sign-up bonus, 10% reload bonus and 10% Cashback with NO rollover! Sign up today!

The Celtics have been incredible after a loss in the playoffs. They are undefeated after a loss and they win those games by an average of 17 points. However, it is interesting that Boston is just 1-3-1 against the spread (ATS) after a straight-up win in the playoffs. That is something to consider when you look at the opening point spread in this game.

The Celtics are 6-point favorites in Game 3 which is higher than they were against the Milwaukee Bucks’ The sportsbooks have set the over/under for the game at 207, which is considerably lower than it has been in the past.

After losing Game 1 without key starters, the Celtics had all of their pieces back in place. Marcus Smart and Al Horford were back in the lineup and the Celtic’s physicality dominated the smaller Heat. This led to Bam Adebayo being AWOL for Game 2, putting all of the pressure on Jimmy Butler. In the bubble Finals against Boston, Bam averaged 21 points per game. The Heat needs this contribution if they hope to steal Game 3 on the road. Especially since the Heat have two injured veterans in Kyle Lowry and PJ Tucker.

The Celtics will not be able to match their output from beyond the arc in Game 2. Boston shot 9-for-11 in the first quarter and that will cause Miami to adjust the defense to close out quicker on shooters. The under is 9-4 overall for the Heat and 6-2 after they allow 100 or more points. The under has cashed in 4 of the last 5 games in Boston for the Celtics. This will be a defensive chess match between coaches and the total will go under 208.