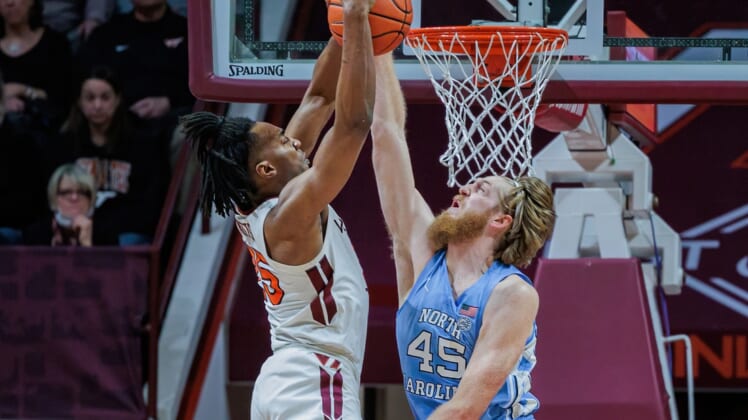 Louisville vs North Carolina Pick Against the Spread and Predictions

With the conference tournaments and March Madness looming, the games are more important than ever. That is especially true in the ACC where the North Carolina Tar Heels are in a must-win situation when they host the Louisville Cardinals on Monday night. It is important to get all of the information before making a Louisville vs North Carolina Pick against the spread on Monday night.

The Cardinals are in the midst of an ugly season. The win against Clemson in the last game was the first victory since they parted ways with former coach Chris Mack. The Cardinals are below .500 and they have an 8-17-1 against the spread (ATS) record on the year. This is a big reason why the Tar Heels are -10 favorites in this Monday night matchup.

The Tar Heels have an incredible team, led by Armando Bacot, and need to keep winning if they want to make the Big Dance. With a game against Duke on the schedule, the Tar Heels cannot afford to look past Louisville.

The Cardinals have only won two of the nine games that they have played on the road this season. The Cardinals are just 3-7 ATS in the last ten games overall and it is hard to see them keeping pace with the Heels at home. They fail to pay off as underdogs with a 7-20 ATS record in the last 27 games as an underdog. The favorite is 10-1 ATS in the last 11 games and North Carolina will win and cover tonight.