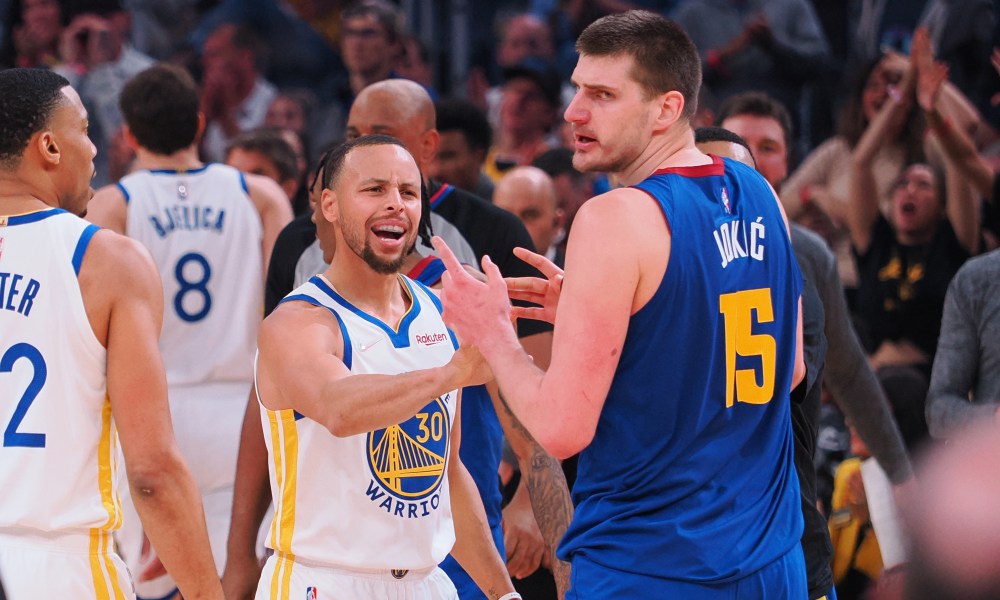 The Golden State Warriors are on the verge of advancing to the next round and are currently the favorites to win the NBA title. But they still have some work to do as they host the Denver Nuggets in game five on Wednesday night. The Warriors are -9 point favorites for this game after opeining up as 8.5 point favorites. Although many believe the Warriors will wrap up the series, the  Nuggets vs Warriors game 5 pick has to be made with caution.

Nikola Jokic is an MVP and it showed in the win in game four. He had a game-high 37 points in the game and out muscled Draymond Greed. Green was in early foul trouble and struggled to keep the big man in check. If Jokic does not settle for mid-range jumpers over Green he can be a big problem once again in this game. The Nuggets as a team used a more physical approach and it caused propblems for other Warriors players. Like Jordan Poole who only managed 11 points after averaging 28.7 per game. The game plan for Denver worked.

It is highly likely that Denver is going to come with the same approach. However, the point-spread has a huge adjustement since the Warriors are playing at home. The Nuggets are 10-3 against the spread in the last 13 road games and 5-2 ATS as a road dog. The Warriors are a bad bet after failing to cover the spread with a 5-11-1 ATS in the last 17 games. The Warriors will win this game, but it will be close to the end and that makes the Nugets the best bet in this game.

Sign up here and get a $1,000 welcome wager on the NBA playoffs! Start betting today!