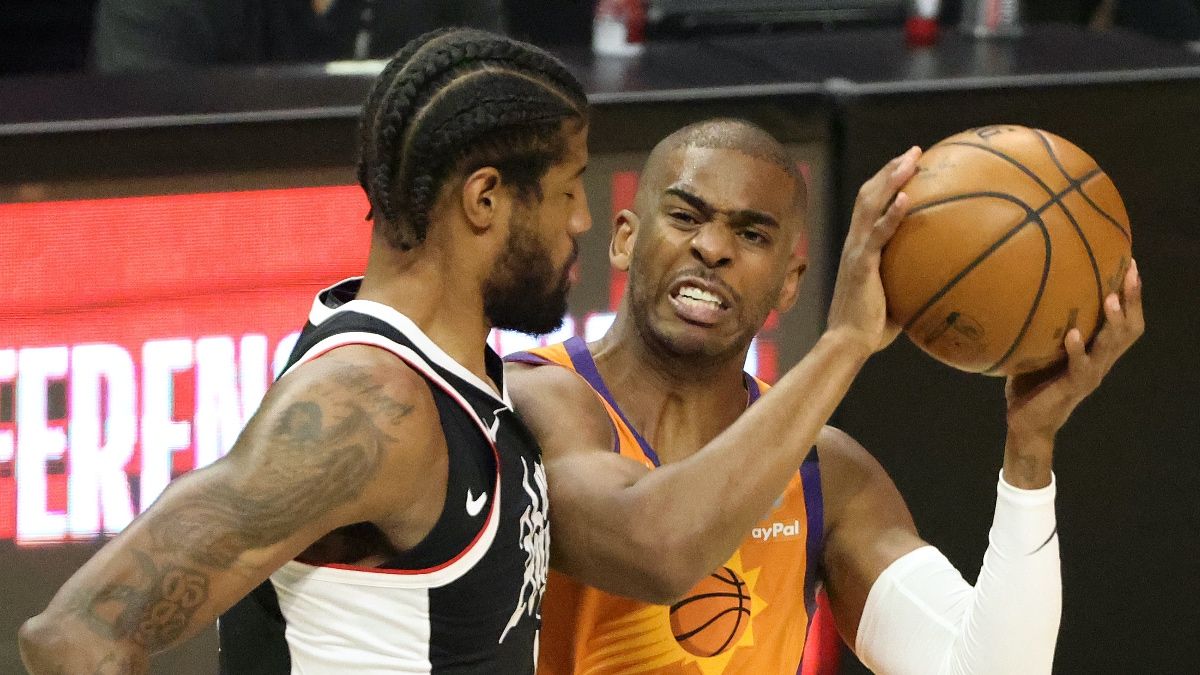 NBA Betting: Suns vs Clippers Game 6 Pick Against the Spread

After a dominating win in game five, the LA Clippers are at home and trying to extend the Western Conference Finals against the Phoenix Suns. The Suns fell flat at home and allowed Paul George to have a standout performance. The Suns vs Clippers Game 6 pick will focus on the misleading stats, the odds, and the latest trends for this game.

Once again the Clippers will be without the services of Kawhi Leonard in game six. This comes as no surprise and many believe he will not be back on the court again this season.

How close is this series? The basketball betting odds say it all. The Clippers opened up as small one-point favorites, but after wagering, that has changed. Heading toward tip-off the Clippers are now one-point underdogs. The total for this game is 214.5, which is the average over/under for this series.

If you are looking for a high-scoring game tonight, be careful. The under is winning in 8 of the last ten meetings between these teams in LA and the Suns are 4-0 to the under in the last four games after a loss. If Chris Pau does not speed up this Suns offense, we may be looking at another low-scoring game.

Suns vs Clippers Game 6 Pick Against the Spread

Paul George played well in the last game, but he could have played better. He had several lazy passes and too many turnovers. To further emphasize how impressive the last victory is, the Clippers only made 10 3-pointers, the second-fewest of the impressive playoff run. What does this all mean? The Clippers won despite having a so-so game. That will change at home in front of the fans. The Suns have only covered twice in the last 12 meetings in LA.  The Clippers are 7-2 against the spread in the last nine games and they get the job done again tonight.

Bet on the Clippers +1