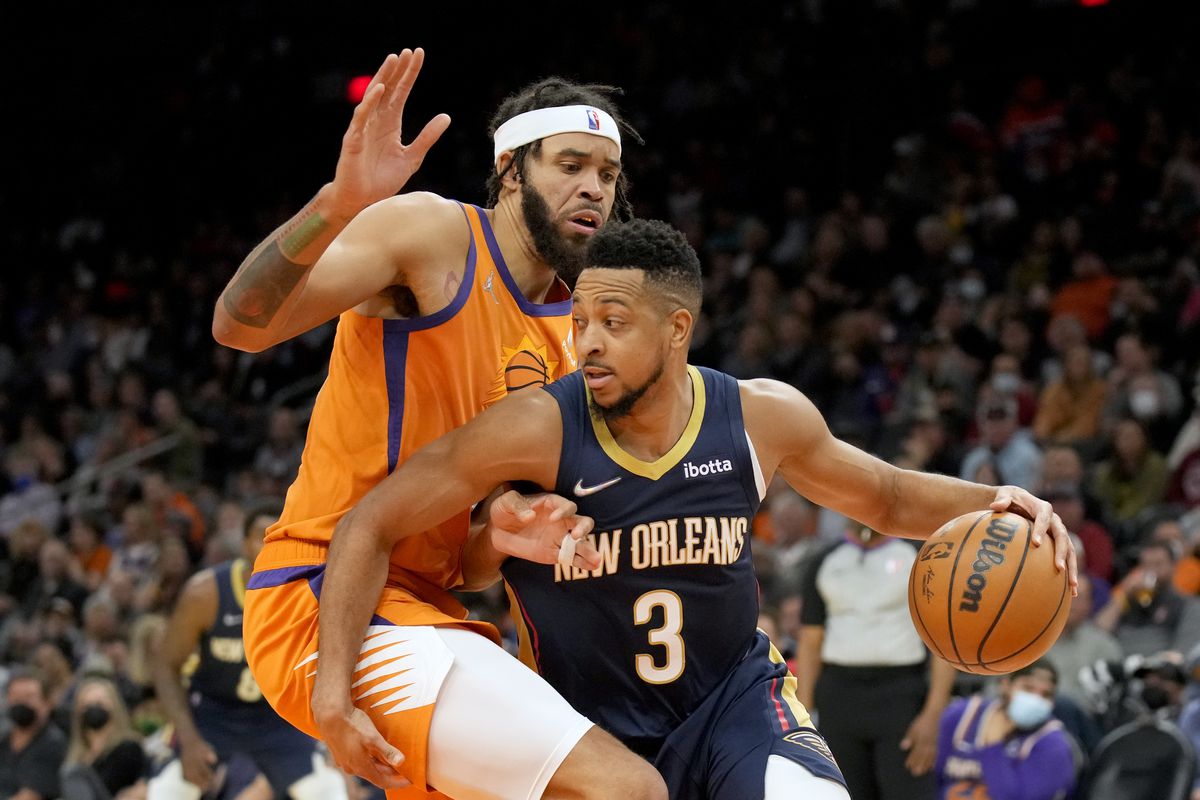 Yesterday the NBA had four big games on the NBA playoffs schedule. They have another four scheduled for Sunday, but the nightcap will be the one to watch. What was supposed to be an easy series-opening playoff series for the Phoenix Suns has become difficult, to say the least. The New Orleans Pelicans have proven to be a worthy opponent. The Suns recently responded with a big victory to take the series lead 2-1 games. But anything can happen and our Suns vs Pelicans Game 4 predictions cover the big game.

The Suns won the last game without their leading scorer in Devin Booker. However, that will not be something that they can do on a game-by-game basis. Deandre Ayton posted 28 points and 17 boards, but the Pelicans will adjust for game four to defend this different scoring look that the Suns showed in game three.

The Pels will expect to get better play from center Jonas Valanciunas who had just one bucket in game three after averaging 14 points per game. Brandon Ingram and CJ McCollum are doing their part and this series is far from over.

The Suns started out as three-point favorites, but that number has slightly dipped down to 2.5 points. That is interesting because nearly 70 percent of the wagers are on Phoenix. This is a clear indication that more money is coming in on this game making the home team the team to wager on. The Suns are 1-6 against the spread (ATS) when they have one day rest between games and 1-4 ATS as a road favorite. The Pelicans are 6-1 ATS after a loss and they rebound with a win to even up the series.

Are you betting on the NBA playoffs? If you don’t know how to bet on the NBA, we have you covered. If you need an online sports betting site that is a great place to bet on hoops, we got that too.

This sportsbook is rated No. 1 on our list of the best sportsbooks. To celebrate the tip-off of the NBA they have an incredible reward for all players.

Sign up here and get a $1,000 welcome bet to wager on the NBA! Start betting today!