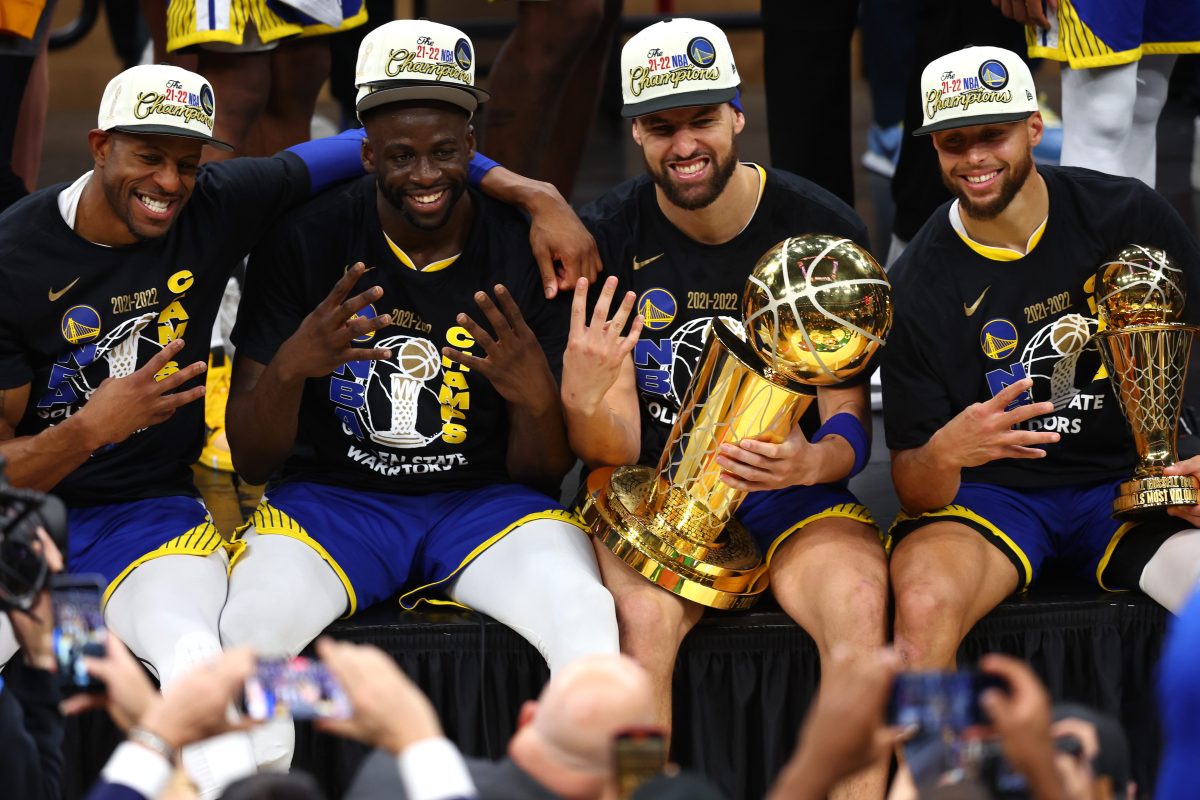 2023 NBA Finals Odds:  Who will win the championship?

The Golden State Warriors are the 2022 NBA Champions. The Warriors defeated the Boston Celtics and are the best team in basketball.  The parade has yet to happen, but that is not stopping the NBA diehard fans from looking forward to next year. The 2023 NBA Finals odds are already out and here are the candidates to win the next championship.

Stephen Curry and the Warriors have all of their veterans signed and they can allow their young core to continue to thrive.  Andrew Wiggins and Jordan Poole have already made it clear that they want to stay with the Warriors. There is every reason to believe that Golden State will be in the mix next season.

The Celtics are very young and they will learn from losing the NBA title to the Warriors. Jayson Tatum is Boston’s best player and he is still learning the game. The same can be said for Jaylen Brown. The Celtics have some adjustments to make, but the experience from this year’s run will make this team a contender.

This number may seem a bit high, but the Clippers will get back Kawi Leonard. A healthy Leonard with a strong supporting cast will make the Clippers a contender, but it’s hard to bet on a team that has been inconsistent at best.

The Nets are better than the team that got swept in the playoffs by the Celtics. But it is difficult to bet on any team that has Kyrie Irving on it. The Nets are reportedly thinking twice about signing Irving and that may change the entire dynamic of this team.

With all due respect to Curry, the Bucks have the best player on the planet in Giannis Antetokounmpo. If the Bucks return a healthy lineup they have as good of a chance as any team to return to the NBA Finals. Many argue that if Khris Middleton was healthy this year they would have had a great chance to win another title.

The Suns opened the 2022 season as the favorites to win a championship. They stumbled early and often with an early exit to the postseason but will reload for next year. However, Chris Paul and his age are a concern as well as what the Suns will do with Deandre Ayton.

Joel Embiid suffered an injury that derailed the last playoff run for the Sixers. However, they have a good core with Embiid, James Harden, and Tyrese Maxey. The Sixers have to handle the Harden contract and are shopping Danny Green which will improve this team. Don’t count out Philly.

Love him or hate him, LeBron James is still an incredible player that can make one last run at a championship. LA will go out and get the players and they are already rumored to be connected with Bradley Beal. If Anthony Davis is healthy (that’s a big if) the Lakers can make a run.