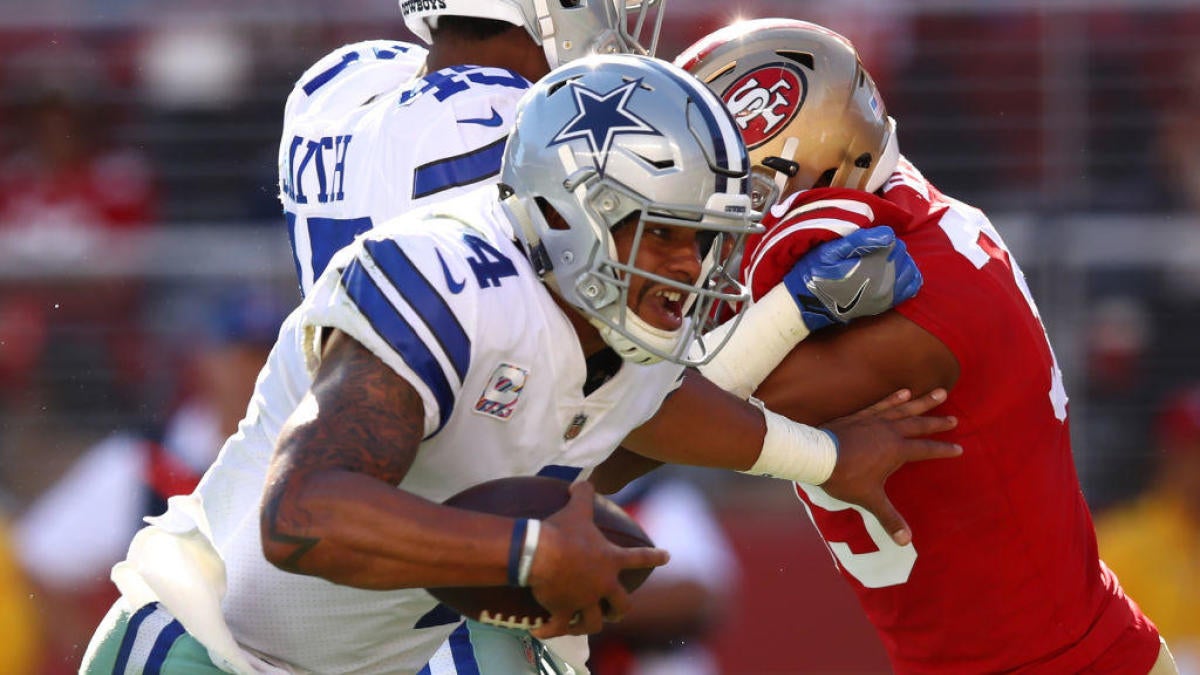 The NFL playoffs have not disappointed. It started on Saturday with two great teams advancing and now we are on to Sunday. Although there are three games on the schedule today, everyone will be making 49ers vs Cowboys predictions since it is the best game on the schedule.

Out of all of the games on Sunday, it is clear that the San Francisco 49ers are the popular underdog. The 49ers have played well of late and they have a tough defense that can get the quarterback. According to the betting numbers, the bets on this big game are split at 50 percent each. Another reason the 49ers are a popular bet today is that they are 5-1 against the spread (ATS) in the last six games as an underdog.

Do You Believe in Jimmy G?

The main concern for anyone who is betting on the 49ers is the play of quarterback Jimmy Garoppolo. But when he runs this offense, they rank first in red-zone conversion rate and Jimmy G thrives against the Cover 3 defense with a completion percentage of over 70 percent. That is the defense that the Cowboys employ.

Don’t Count Out the Cowboys

The Cowboys are finally healthy and Dak Prescott will have a healthy CeeDee Lamb and Amari Cooper. If the 49ers have a weakness it is the secondary and Dak can take advantage with all of his weapons ready to go. The Cowboys will run a double tight end set more than they have of late and Prescott prefers plays out of that set. The 49ers struggle in Dallas with a 1-3-1 ATS record in the last five meetings in Dallas.

The Cowboys have the better quarterback and the home-field advantage. In what may be a close game, it is very hard to trust Jimmy G with the game on the line. The Cowboy’s defense cause turnovers and they can sack the quarterback. The Cowboys are an incredible 16-5 ATS in the last 21 games and 14-3 ATS in the last 17 games against the NFC. The value in this game is with the Cowboys.