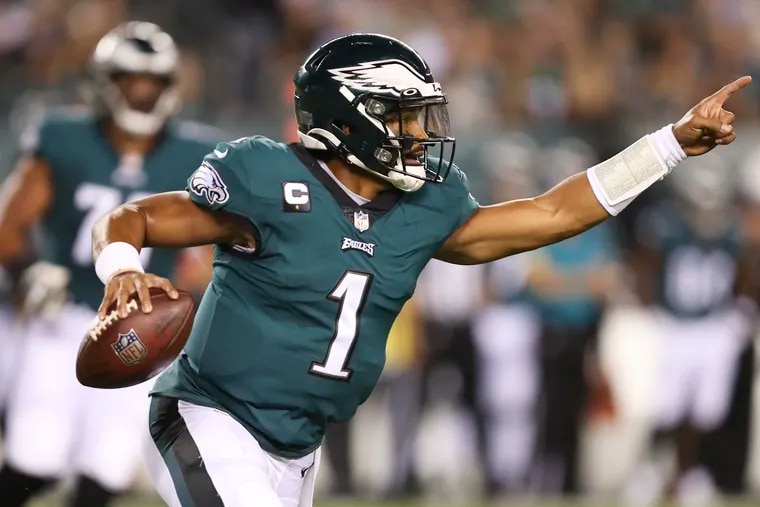 NFL MNF Doubleheader predictions and picks against the spread

After an exciting Sunday in the NFL, the action heats up again on Monday with two great games. The Buffalo Bills host the Tennessee Titans, and the Minnesota Vikings take on the Philadelphia Eagles as part of a twin bill on Monday Night Football. The latest NFL MNF Doubleheader predictions includes picks for both games.

The Buffalo Bills are a front runner to win the Super Bowl and they looked great in the opener. Now they host the Titans who are off a very disappointing loss against the Giants. Look for a grind it out slow-paced tilt between two juggernauts that play tight and tough defense. The Titans rely heavily on Derrick Henry. Henry has done well against the Bills in the past but that is when they had some semblance of a passing game. This game has low scoring written all over it and that means a close game. The Titans are 8-2 against the spread (ATS) On Monday Night Football and 6-2 ATS as an underdog.

The Vikings and Justin Jefferson looked unstoppable in the opener against the Packers. Kirk Cousins will want to light up the scoreboard against the Vikings. Minnesota plays differently on the road than they do at home. Its worth noting that the Vikings are 4-12 ATS on Monday night games. Jalen Hurts has already formed a bond with newly acquired wideout AJ Brown and the offense will make its debut in front of the Philly faithful. The Eagles are a perfect 3-0-1 ATS at home as a favorite and they pull off the win and cover on Monday night Football.