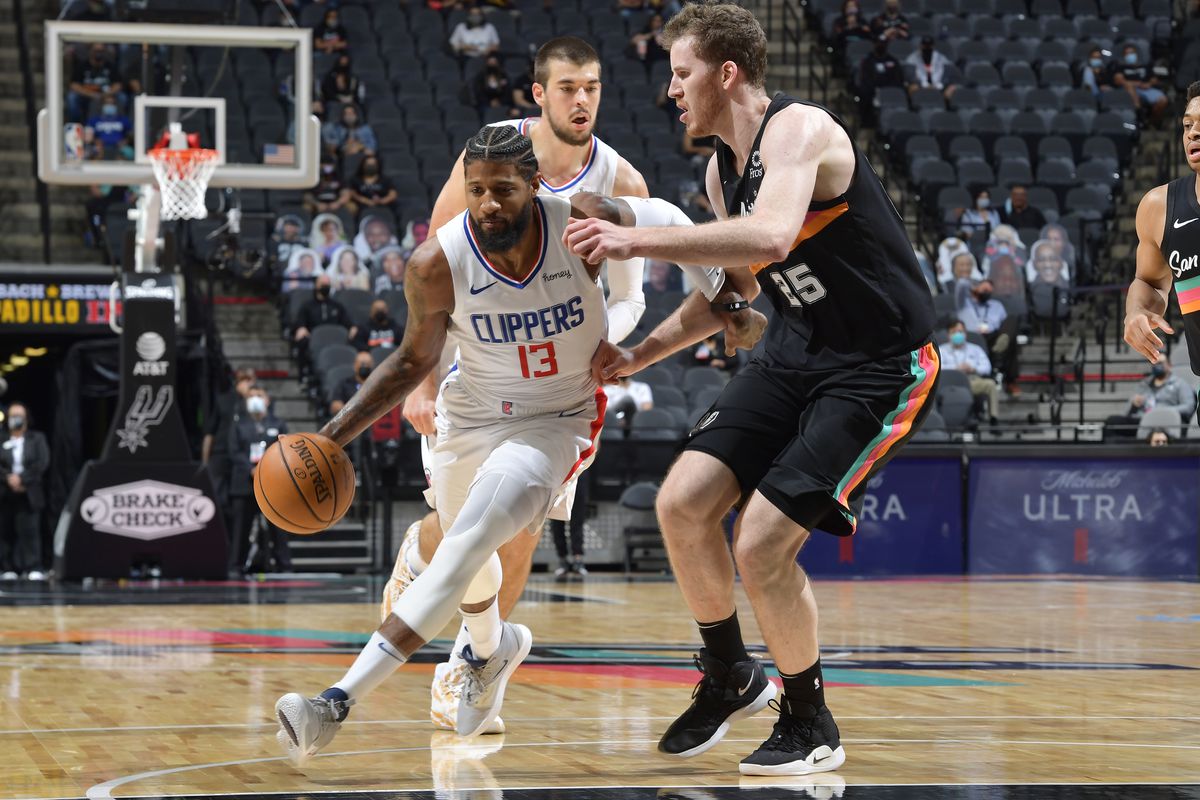 On Tuesday night, the 4-9 San Antonio Spurs will face the 8-5 Los Angeles Clippers at the Staples Center. The Spurs are coming off a 114-106 loss to the Los Angeles Lakers. Keldon Johnson led all Spurs in scoring with 24 points. Devin Vassell and Thaddeus Young also contributed 19 and 17 points, respectively. Dejounte Murray had a great game and was their most impactful player. He ended with a 22 point, ten rebound, ten assist triple-double. The Spurs shot the ball well, but not as well as the Lakers; they hit 44.4% of their shots compared to the Lakers 51.8%.

The Los Angeles Clippers are also coming off a loss. They lost to the Chicago Bulls 100-90 in their last game. Paul George had a 27 point, 11 rebound double-double. Eric Bledsoe also shot the ball well and ended with 21 points. The Clippers shot a perfect 21-21 from the free-throw line, but struggled to hit shots from the field. They only hit 35.8% of their field goals.

The Spurs do not have any All-Stars on their team this year. Keldon Johnson and Dejounte Murray are solid players, but they are not enough to lead them to a playoff spot. On the other hand, the Clippers are dealing with the injuries of Jason Preston, Marcus Morris Sr., and Kawhi Leonard, but still, they have Paul George leading their team.

I expect the Spurs to keep it close, but the Clippers will simply be too much for them and return to their winning ways. Watch out for another big game from Paul George.