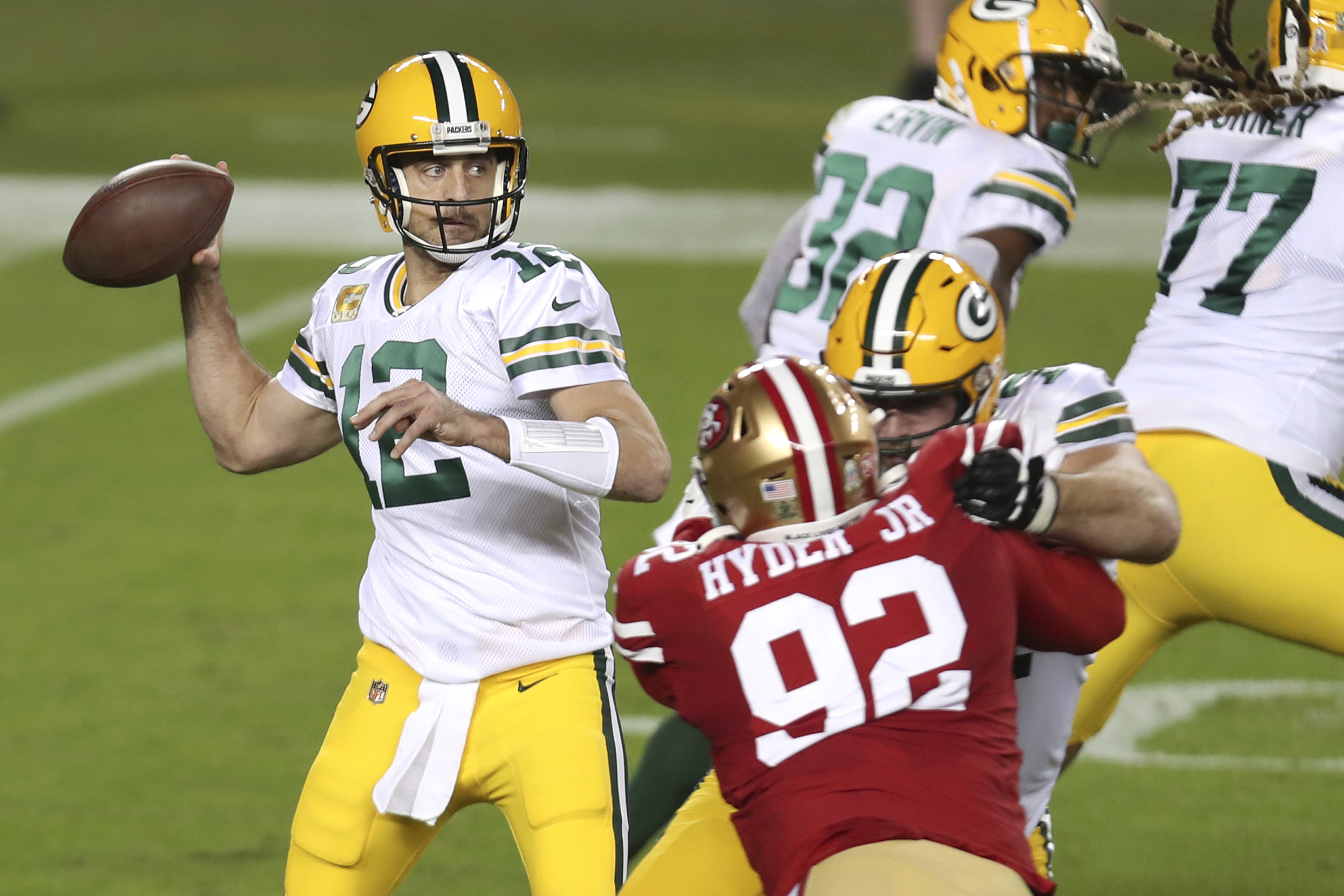 Packers vs 49ers pick against the spread and predictions

The NFL odds for week 9 are up and it’s time to start making betting picks for this week in the National Football League. It all starts with Thursday night football and a matchup of two quality franchises. The Green Bay Packers and the San Francisco 49ers are two of the most storied teams in the history of the league. This week, however, both teams have to replace key personnel as they take to the field. We make picks on every game, but let’s start by looking at injuries, before making our Packers vs 49ers pick against the spread.

The injury bug has bitten this team all season, but this is as bad as it gets. The 49ers will be without quarterback Jimmy Garoppolo and tight end George Kittle for the unforeseeable future.  This means it will be Nick Mullens under center on a short week for the 49ers.

The 49ers are not the only team dealing with injury/COVID-19 concerns heading into this week. Green Bay will be very short at running back this week. They are still unsure if Aaron Jones will play due to his calf injury. His potential replacements, Jamaal Williams and AJ Dillion are out due to COVID protocols.

Packers remain unsure if RB Aaron Jones will return from his calf injury vs. 49ers.

This puts the pressure squarely on Aaron Rodgers to carry this offense and put up points against a respectable 49ers defense.

With all of the breaking news, the public is bailing on the 49ers. Only 18 percent of the bets are on the home team and that is moving the line. The Packers opened as small as one-point favorites. Green Bay is now 5.5 point favorites at the most respected sportsbooks.

The 49ers got some more bad news on Wednesday leading up to game time as they had player test positive and shut down the facilities.

Well, 49ers were down Deebo Samuel (hamstring). They waived Dante Pettis on Tuesday and Richie James is recovering from a sprained ankle … https://t.co/ynxSJxFLVm

Those players have made up 71% of the team’s scrimmage yards this season.

Things look bad, but leading up to kickoff, they did get some good news.

#49ers desperately need a lot of this from Jordan Reed tonight, God willing he is active.

This game is now in jeopardy of being moved although reports indicate that they still want to play the game has planned. With television revenue on the line, this game will be played and the odds are updating. Unlike many public players, I bet into bad news. I am still on the 49ers, but that could change if this game is moved.

This is too many points to give a home team on a short week. Nick Mullens has moved the football for this offense and they can run the ball. The Packers defense can be exposed against the run. The Packers are 2-6 against the spread (ATS) in the last 8 meetings. The 49ers are 7-2 ATS in the last nine games as an underdog. If you are brave enough to bet this game with all that is going on, the home dog is the way to go.